With the Presidential Inauguration just a hours away, the final preparations are underway. President Elect Donald Trump is scheduled to take office tomorrow, January 20, 2017, and will become our 45th President, and Mike Pence will become the 48th Vice President.

In the event world, there are many logistics and challenges when planning an event this size. Cost of security is estimated to exceed $100 million. The crowd is anticipated to be 800,000 to 900,000 people, there just are no RSVPs for these types of event which makes planning a nightmare. “It’s a rehearsal, but in the military we call it a drill,” Navy Cmdr. Jonathan Blyth, the group’s spokesman, told FoxNews.com on Wednesday. “We’ve been preparing for this since the last inauguration. We’re focused to protecting and honoring a new commander in chief.”

For any event to be successful, part of risk management is being prepared in case of an emergency so hospitals have been on alert and will be prepared if necessary in case of any crisis.

Here is some of what security looks like for tomorrow:

10,000 representatives from the Dept. of Homeland Security

Enjoy watching the inauguration tomorrow and if Donald Trump was not your chosen candidate then feast your eyes on the world of event planning. 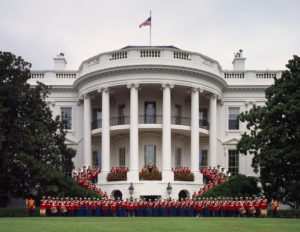